One of the most significant predictors of success in life is doing well in school as a child. While many may believe that how well a kid does in school is set in stone – either they are smart or they aren’t – science says that kids can improve their own brain function, which will enable them to do better in school.

One of the most efficient ways of doing this is through brain games. Brain games challenge a child’s mind with fun, short games that train memory, focus and cognitive function. Brain games work because the human brain has an inherent ability to change itself by remodeling nerve cell connections after experience (this ability is known as neuroplasticity). With each game, the mind improves itself, and in the long run brain games has shown to markedly improve overall brain function.

For kids, brain games have been shown to help improve child literacy, numeracy, IQ, memory recall,and concentration. The latter two skills – memory and concentration – are increasingly recognized as the most important predictors of school achievement, even more important than IQ. If your child has poor memory or has a difficult time focusing, memory games are a great way to help improve those skills. Researchers estimate that about 10-15% of school kids have memory problems, but these are often misidentified as deficits of attention or intelligence. In a six week study (Holmes et al 2009) where children used adaptive memory games (meaning the game got harder as time progressed), the kids' memories improved 3-4 times that of their starting recall rates. Kids who use brain games have been demonstrated marked academic performance as well – going from the bottom of their class to the top, all by exercising their mind just a few extra minutes a day. 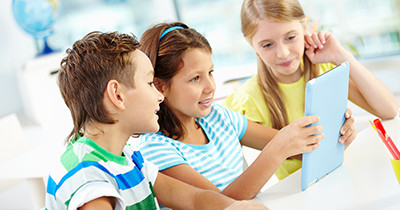 Yet, perhaps the greatest benefits for kids who play brain games is that kids who exercise their mind have been shown to develop better executive functions – functions which include communication skills, organizational skills, and even social skills. Strengthened executive functions will enable your child to be more successful academically, become better able to cope with life’s daily challenges and improve their ability to relate with others – leading to a more satisfying and productive life.

Getting your child to play these games is easy and fun. Brain games don’t take a long time to work – just 20 minutes of gaming, 3 times a week – or one hour total each week – is enough to start seeing dramatic results. Have your child play some on the ride to school, as an afternoon activity or just as part of their daily gaming time. A great brain game program is Super Brain Game, a mobile app which offers 99 levels of increasingly-challenging memory training. Plus, since it’s an app, it’s great for playing on the go. Brain games are a fun, simple and enjoyable way for you to help your kids’ – and for your kids to help themselves. By challenging their minds just a few minutes every day your kids will do better in school and will overall lead more productive and successful lives.

Your Brain Needs Exercise Too – It used to be a common theory that our brains were like a computer, one that could be overloaded by using it too much and too often. Yet, recent studies in neuroscience show that our brains are more like a muscle.