The developer of the updated 1.3.1 version of the Super Brain Game app ups the ante by giving his users $1 million worth of free in-app-purchase items. Changing the way app publishers do business, the free adaptive brain training game changes the status quo with generosity and mental agility. 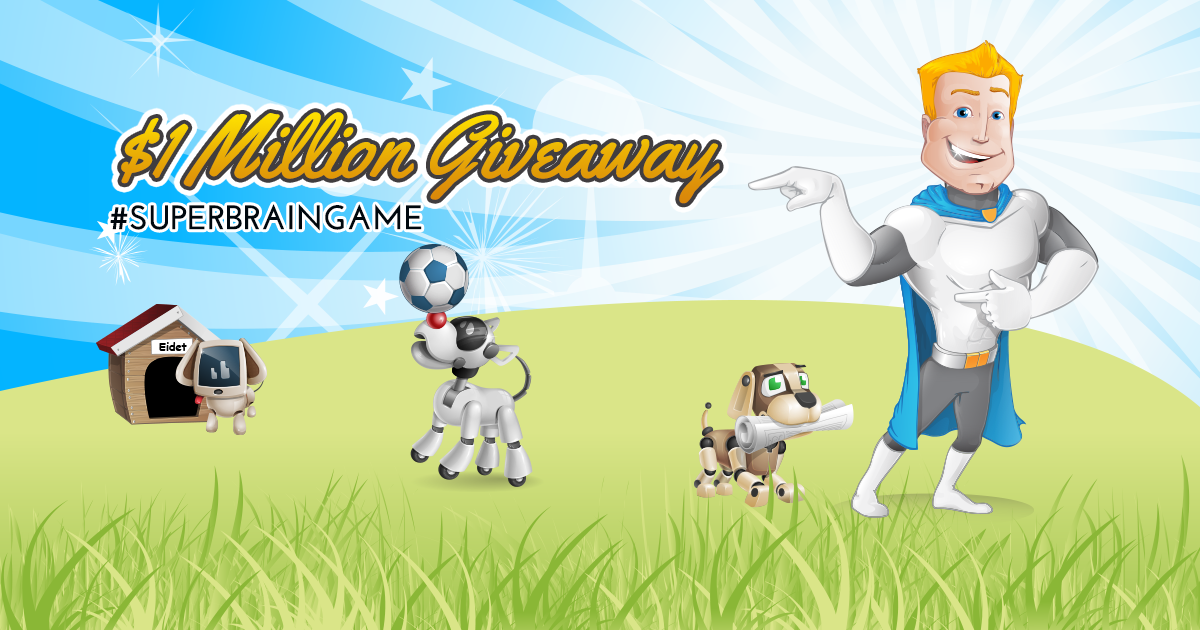 Orani, Bataan, Philippines – August 25, 2015 – Putting a new positive spin on the term ‘mind game’ a newly launched version of the Super Brain Game makes its way to iTunes. Targeting improved mental agility, the app is a free memory game that gives rewards for daily play. Rewards that the app creator hopes will quickly rack up to be $1 million worth of free in-app-gifts. Hoping to change the way app publishers look at success, the Super Brain Game uses a memory testing super hero and three useful dogs to get its point across.

Recently updated to version 1.3.1 the memory game for adults and kids is based on the classic game of Simon. First made popular in 1978, what’s old is new again. Ric Galit, the app’s developer, said of the Super Brain Game launch, “While most app publishers count their revenue and the number of downloads they get, I want to count the amount of cash rewards I’ve given away. I want my users to win. I hope to start a trend where app publishers, big or small, will reward their users first before asking them to buy any item from their app.”

Hoping to stave off the cognitive impact of aging and diseases like Dementia and Alzheimer’s, the free mind game uses memorization as a tool. A classic pattern memory game, it uses a unique sequence method, speed and accuracy to rack up points. With 99 levels to scale the Super Brain Game app encourages users with a “shiny super hero” and three helper dogs. Eidet, Mnemo and Omem help players starting at level 16.

Gradually increasing in difficulty the free brain game helps to train the memory and aids focus and cognitive function. Galit adds, “Studies show that playing any memory game just 20 minutes a day three times a week can help. Mental exercise preserves and strengthens existing connections in the brain, giving a person a ‘cognitive reserve’ to fend off future losses and perfect skills.”

About Super Brain Game:
The Super Brain Game is a free brain training app for adults and children that endeavors to help memory skills. The app is a product of Mavicus I.T. Solutions.