Kids with poor memory skills or wandering focus do worse in school. That’s why it’s so important to keep these two skills sharp throughout our lives. Research has shown that doing puzzles and playing memory games helps our minds stay active. The most effective memory games allow you to improve your memory and concentration, as well as practice abstract thinking, a skill which helps overall cognitive function. 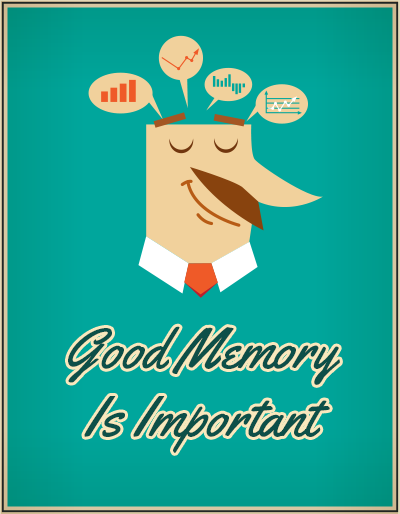 In kids, memory and focus are incredibly important skills. Kids with better memory and concentration do much better in school. In fact memory recall has been shown to be a better predictor of school achievement than IQ. Researchers estimate that about 10-15% of school kids have memory problems, but these are often misidentified as deficits of attention or intelligence. If your child has poor memory or has a difficult time focusing, memory games are a great way to help improve those skills. In a six week study (Holmes et al 2009) where children used adaptive memory games (meaning the game got harder as time progressed), the kids' memories improved 3-4 times that of their starting recall rates.

For adults, memory games don’t just improve current memory recall and focus, but also help slow the natural memory loss that comes with age. Memory games have proven to be an effective way to keep the mind sharp. Studies on adults who play memory games have shown a marked decrease in brain metabolism in the area of the brain directly linked to working memory and other cognitive functions, suggesting that they were using their brains more efficiently. Most people fail to realize that they can improve their own mind, even as they get older. Yet memory games offer a simple way to work out your mind, and in the long run, improve it dramatically.

Playing such memory games doesn’t have to be time consuming. Early memory game studies have shown that 20 minutes of memory games 3 times a week helps stimulate the mind, lengthen attention spans and improve memory recall abilities. This means that just playing a game in the morning, on the bus, while you're waiting for a meeting or when you simply have a few extra minutes can markedly improve your brain function! Plus, the rise of memory training smartphone apps makes playing on the go easier than ever. A really great app is Super Brain Game, which offers 99 levels of memory training that works well for both kids and adults. It also allows you to track and share your progress, so you can see your own improvements and challenge your friends!

If your are worried about your own memory and focus, or that of your child’s, playing memory games might just be the thing you need. They’re fun, easy to try, and have amazing benefits for people of all ages!

Memory Games For Adults Shown To Help Fight Aging Memory Loss – As we age, our memory and recall abilities start to fade. Most people believe that they are unable to stop this inevitable decline but recent science suggests that is not the case. You can stave off the cognitive impact of aging.