As we age, our memory, focus and recall abilities start to fade. While most people believe that they are unable to stop this inevitable decline, recent science suggests that is not the case.

By working out your mind and challenging your memory and focus, you can actually stave off the cognitive impact of aging. An easy and effective way to do this is through memory games. Research has shown that doing puzzles and playing memory games helps our minds stay active. They work because our brains have an inherent ability to change themselves by remodeling nerve cell connections after experience (this ability is known as neuroplasticity). With each game, your mind improves itself, and in the long run brain games has shown to markedly improve overall brain function. The most effective memory games allow you to improve your memory and concentration, as well as practice abstract thinking, a skill which helps overall cognitive function.

Memory games don’t just improve current memory recall and focus, but also help slow the natural memory loss that comes with age. Memory games have proven to be an effective way to keep the mind sharp. Studies on adults who play memory games have shown a marked decrease in brain metabolism in the area of the brain directly linked to working memory and other cognitive functions, suggesting that they were using their brains more efficiently. These games have also been shown to boost the dendrites in your brain that are responsible for processing information, which means your brain is not only working more efficiently, but faster as well. One study even showed that memory games increased mental sharpness, allowing people to processing information with the speed and accuracy they had when they were ten years younger. 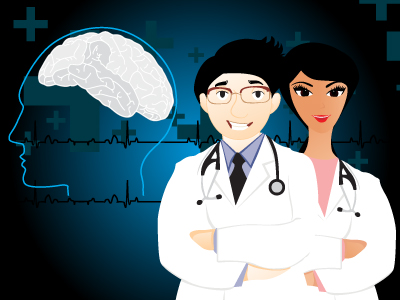 Even more importantly, the benefits of memory games are long-lasting. A study by the US Government found that adults were able to improve their reasoning and processing skills using memory games, and that the effects were still detectable years later. As people reach middle age, it becomes increasingly important to keep the mind active. It is one of the few reliable ways to offset the natural wasting process and the damaging influence of our modern lives. These games can also help to open new possibilities for the brain to heal itself in the face of disease and trauma. Mental exercise preserves and strengthens existing connections in the brain, giving a person a “cognitive reserve” to fend off future losses and to perfect skills.

With all of these benefits, it seems like memory exercises would be a time consuming process, but it isn’t. Playing memory games just 20 minutes a day, three times a week, has shown to be enough for the human mind to display these benefits. Plus, with the rise of smartphone applications, playing memory games on the go is easy. Play as you get ready for work, while you wait in line at the bank, or just when you have a few spare minutes to get your daily workout in. A great app is Super Brain Game, which offers 99 levels of increasingly difficult memory training. It also allows you to track and share your progress, so you can see your own improvements and challenge your friends! Anyone who uses brain training games or exercises will find that in the long run, their mind will work faster, better and more efficiently. Plus, it’s so easy – why not give it a try!

Luck you! Simply follow this link to get your free +10 Repeats. You must have version 1.3.1 or later for the special link to work.

Brain Exercises For Everyone – Your brain is your most important ally in any situation. You definitely want to keep it healthy and running it 100% at all times, but what can you do to do that? Brain games are the way to go and a fun one too!